A couple of years ago I wrote a post about generating random numbers.  I talked about three different ways of generating a random number (in absence of a $random function in Uniface)...

I found that the perform was the best for performance, and I also stated that it gave a better randomness as well, but I failed to back this up (sorry).

This issue has raised it's head again, as we're currently trying to get rid of all our own external libraries (DLL/SO) in order to improve maintainability and interoperability.

This time I'm going to test over 1,000,000 iterations (instead of 2,000,000 as before), as there's a little more code inside the loop to store the generated numbers.  Each method will be generating numbers between 0 and 99, and I will then plot the number of times each of these numbers is generated, and report the standard deviation as well - this should give a good idea of the spread. 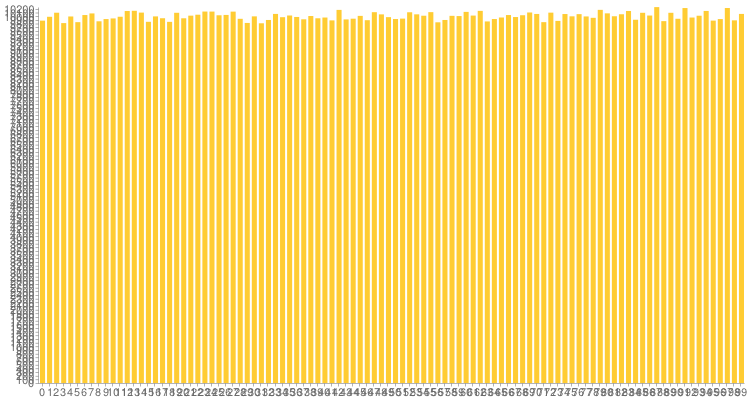 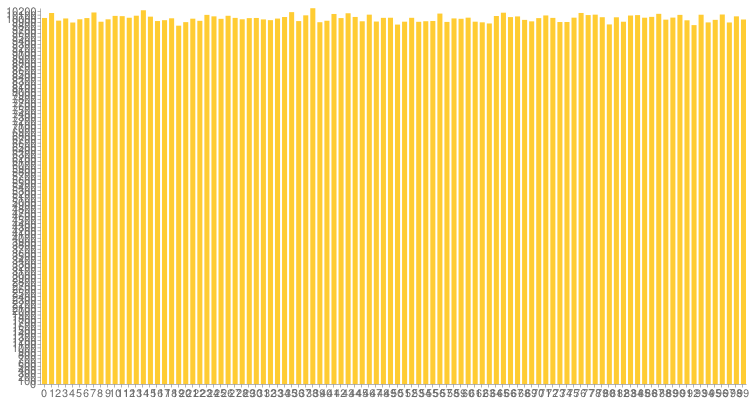 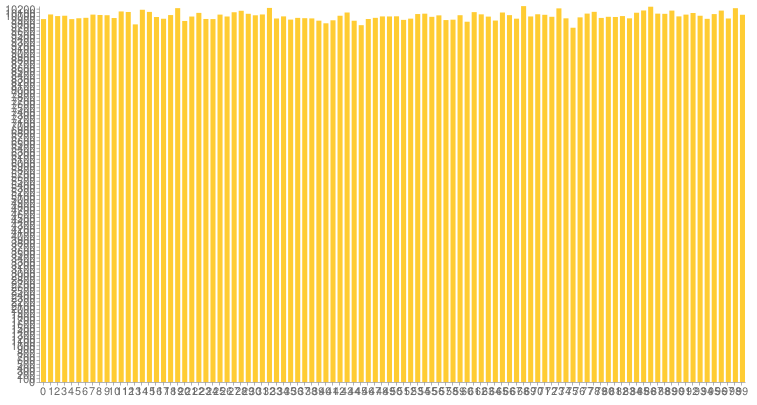 As you can see from these charts, and the standard deviation of the numbers generated, all three of these methods have a similarly decent spread.  The time difference hasn't been quite as drastic this time, although that's likely to be due to the extra code in the loop that stores the values for the spread analysis.  Unless you're planning to generate a million random numbers, it's not likely to have a noticeable effect on performance though. 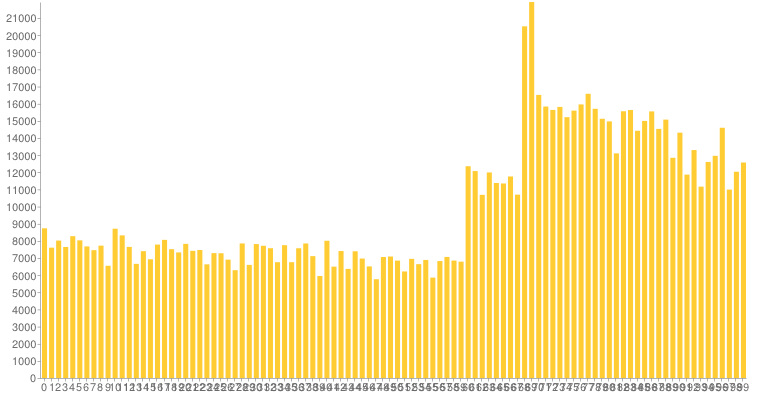 As you can see, the spread is not uniform at all.  This is because UUID is not sufficiently random in Unix - the first 5 characters seem to be time based, then 3 random characters, then the rest remains constant within the same userver (presumably based on the machine itself and the process ID).

Summary: As before, perform is the quickest method, but if you're supporting multiple environment configurations then it's likely that building your own random number generator (possibly using $uuid on Windows) is going to make your life much easier.

Additional: There's now a blog post about this on Uniface.info, if you're interested... http://unifaceinfo.com/random-number-generator-uniface/
Posted by Unknown at 11:18 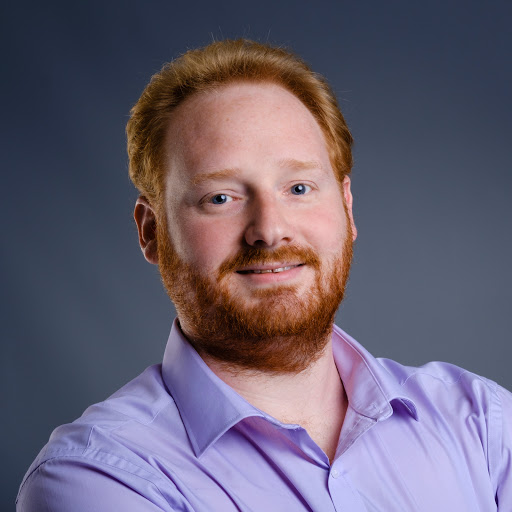